Czech art glass has traditionally been defined by its multifaceted nature. One such form engendering awe, recognition and respect is expertly cut optical glass. During the 1970s, Czech sculptor and professor Václav Cigler undertook a series of successful experiments with this form of art glass. Cigler ultimately found a perfect collaborator to bring to life his ideas by way of the innovative glass artist and optical glass sculptor Jan Frydrych. Asides from putting his heart and soul into cutting glass, Frydrych also managed to blaze his own artistic trail – refined, spectacular, surprising, easily distinguishable and yet simple, natural and effective works.

Jan Frydrych (born 1953) gained a basic vocational education in glassmaking at the Glass School Nový Bor. He subsequently studied at a grammar school in the city of Liberec and the Pedagogical Faculty at the University of Jan Evangelista Purkyně in Ústí nad Labem. Frydrych has been self-employed since 1981. Asides from Václav Cigler, Frydrych has realised designs for several other top glass artists, including František Vízner, René Roubíček, Ivo Rozsypal, and Bořek Šípek. He has also collaborated on numerous architectural projects as well as teaching at schools around the world. From as far back as the 1980s, the artist’s own works have been regularly exhibited around Europe, North America and the Middle East. Frydrych is one of only a small number of Czech artists whose works are exhibited in prestigious global museum collections, such as at The Corning Museum of Glass, Guggenheim Museum and the Victoria and Albert Museum, as well as in the private collections of noted figures and celebrities such as Prince Albert of Monaco, Bill and Hilary Clinton, Elton John and Shirley Temple. 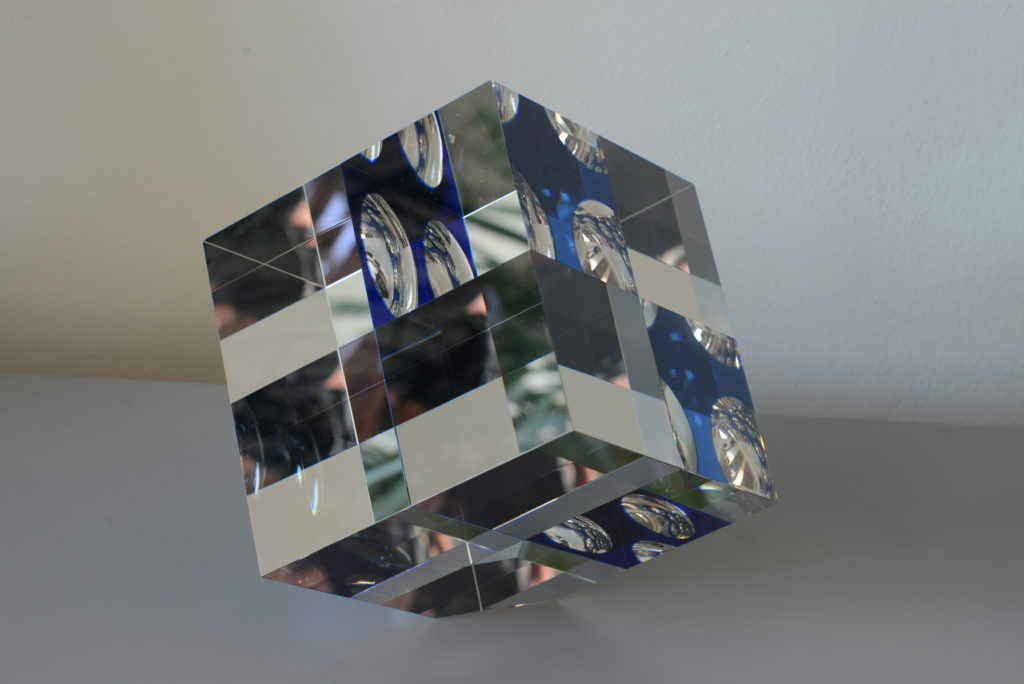 Frydrych’s sophisticated cut and laminated glass art pieces do not possess formal front-facing or rear-facing dimensions. Rather, they serve as unique organisms imbued with life through the refraction of light and an interplay with the optical marvels of the outside world. Frequently, a minimalist combination of transparent, indigo blue – and occasionally red – glass plays a crucial role in the realisation of this overall effect. The precision of workmanship is breathtaking. Frydrych’s works can be described as a laboriously and patiently manifested celebration of human creativity, craft, and skill. And it is this very combination of manual adroitness and creative vision that so strongly radiates from the optical glass creations of this Šluknov native. Jan Frydrych’s talents in this regard are a rarity indeed. 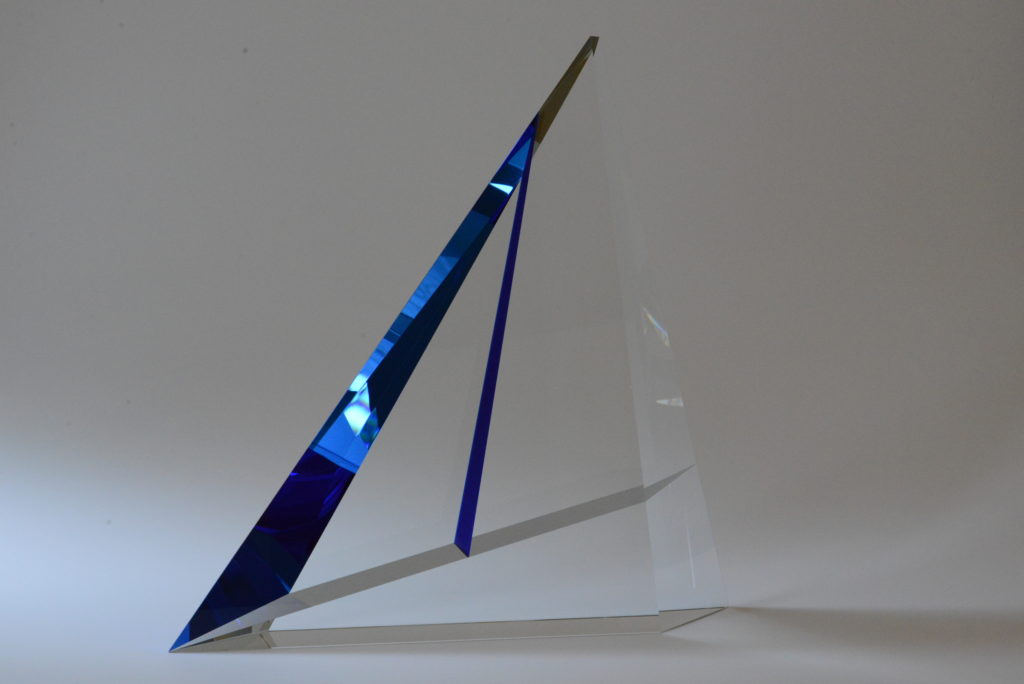