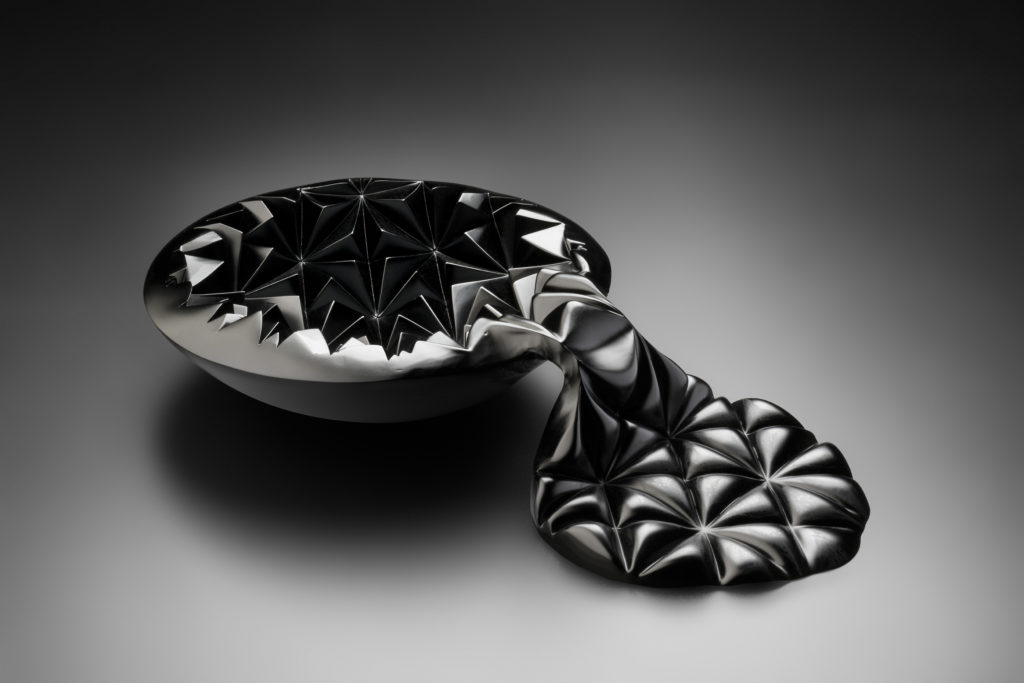 Glass is such a distinctive material that it is able to evoke an emotional response merely through its presence. It commands attention to such a degree that artists must often wrestle with shaping the material to conform to their own artistic visions. Which helps to explain why there are so many glass artists, but far fewer true auteurs producing notable works of glass art. Milan Krajíček (born 1977) is among those students of Professor Vladimír Kopecký (born 1931) at the Academy of Arts, Architecture and Design in Prague (UMPRUM), who have taken the credo of their former teacher to heart – namely, that: “If you don’t have anything to say, then don’t say anything at all.” Krajíček developed his artistic voice at a slow pace, and without the need for any great bombast. After years of searching, the artist, working up to then as a designer and teacher at the Akademie Světlá nad Sázavou school of arts, brought forth a notable and original artistic conception. Vessels and objets d’art, produced via an innovative custom-developed technology of cast glass sculpting, which expands on the morphology of cut glass from the Czech Vysočina region through so-called trihedron shapes, successfully merging experimentation in the fields of craftsmanship and artistry. 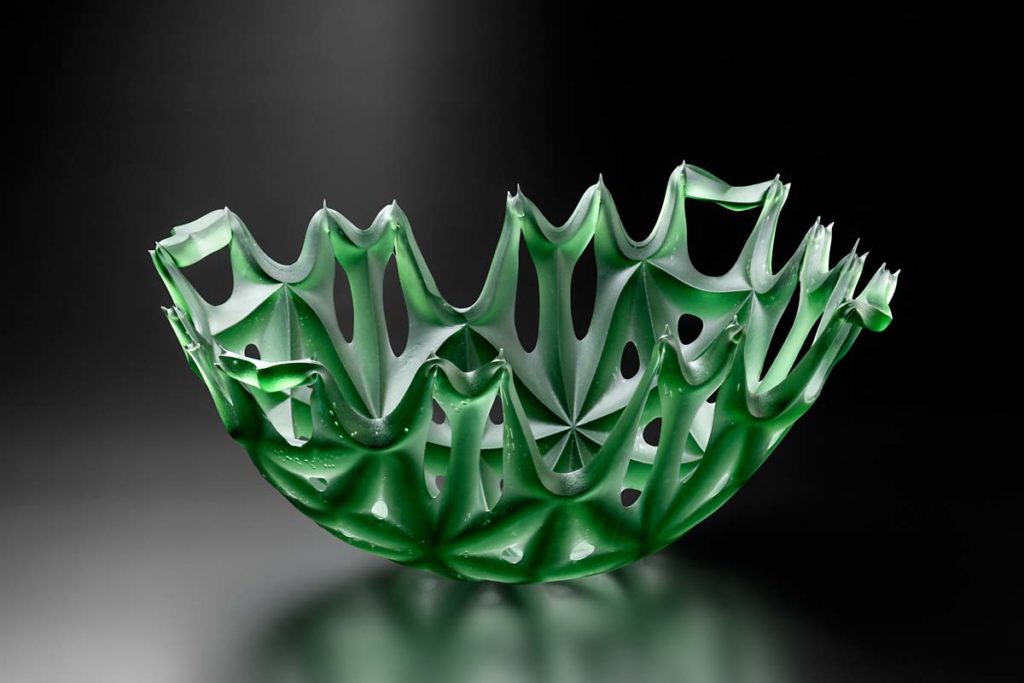 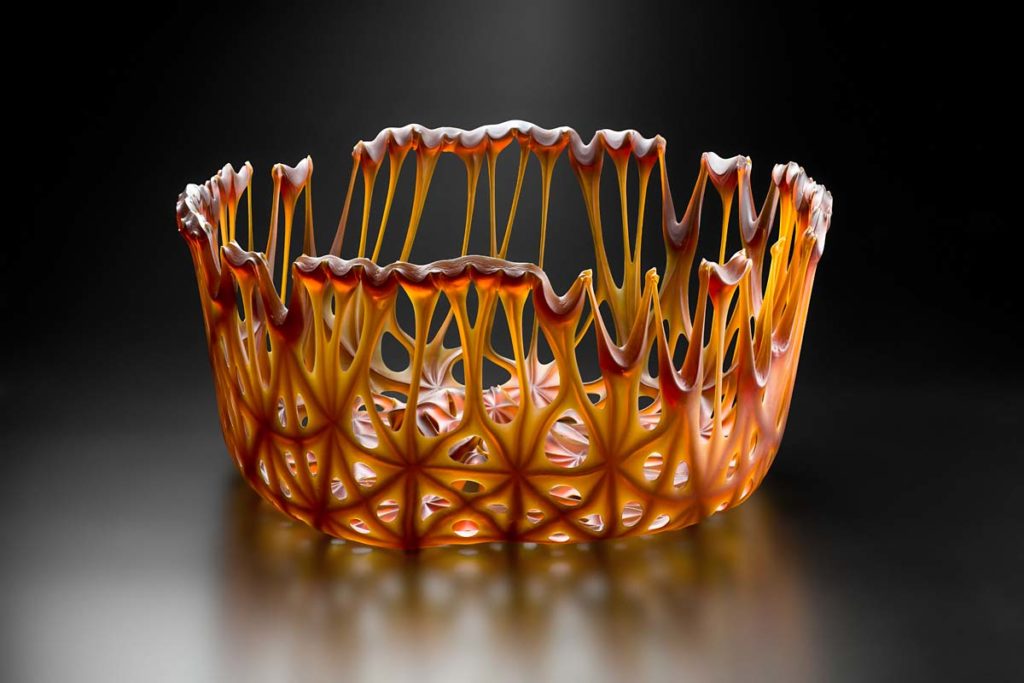 With each work, Krajíček continues his journey exploring the possibilities of glass and expanding the horizons of his own imagination. In his conception, glass is a kind of fluid, an alchemistic substance, from which works can be created that border on both a liquid and solid state. Krajíček is unafraid of deconstructing shapes, or of playing with material concepts and their surroundings, or of merging internal and external spaces. And yet he is also an experienced designer, who successfully resisted the temptation to subject and subjugate his art to current design trends. Rather, Krajíček partakes in true creativity, stepping out on the precariously thin ice of distinctiveness – surely, the true task of every person engaged in artistry. 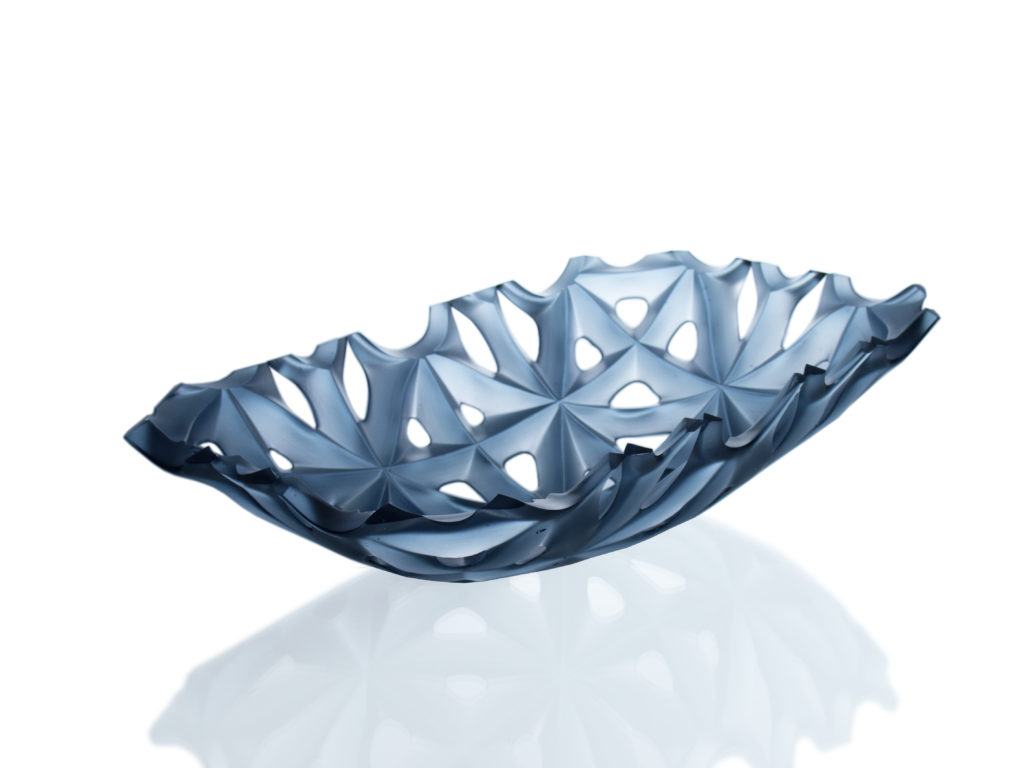 The path chosen by Milan Krajíček is deserving of both respect and recognition. It is, in the true sense of the word, a feat of honest labour, both in terms of its approach to glass, and in terms of an honest sense of an exploration of self. The artist’s works introduce a specific and rarely heard tonality into the contemporary Czech art glass scene – namely the combination of innovative technologies and a distinctive artistic vision.