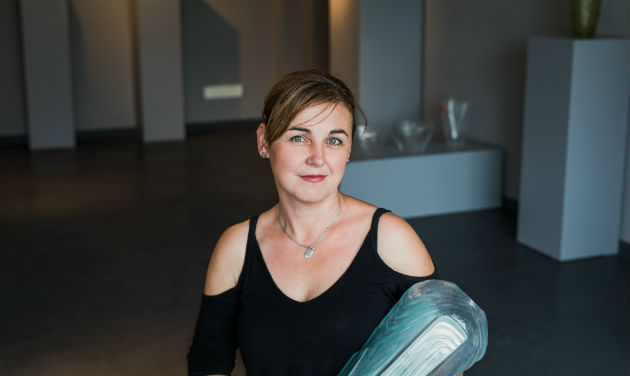 Activities: 2000–2008 and after 2015 Secondary School of Glassmaking, Železný Brod (teacher, artistic leader of dept. of glass cutting and mould-melting)

The glass objects created by Anna Polanská serve to illustrate an ever-developing artistic vision centred around notions of exploring the outer limits of the techniques of glass cutting. Polanská’s work comes across not as artificial or predictable, but rather as naturalistic, organic, and spontaneous. And depending on the perspective of the observer it is possible to ascertain not only variations in form, but also in character. And this interaction with observers means that Polanská’s objects ultimately become a kind of living entity; their unique surfacing serves not just as decoration, but as an expression of essential character. Like the contours of the Earth’s surface, or the wrinkles on the aged faces of humans.