Despite the ease of doing so in the early 21st Century, Czech glass artists rarely venture abroad for prolonged periods of time to expand their theoretical and practical training. Petr Stanický, however, has that experience. While still at Prague‘s UMPRUM, where he majored in Sculpture (professor Kurt Gebauer) and Glass in Architecture (professor Marian Karel), he studied at The College of Art in Edinburgh and The Rhode Island School of Design in the US, where he later returned to do a post grad programme at the New York Academy of Art and work in the studio of Jeff Koons. His experiences and outlook gained there are reflected not only in his work, but also his teaching career, which started at the Glass-making Vocational School in Valašské Meziříčí and continued via an assistantship position at the Sculpture Department of UMPRUM Zlín to the post of Head of the Glass Design Department at the Tomas Bata University in Zlín.

Petr Stanický is working with glass as an architect. His works are individualistic and specific glass spaces affecting human minds and emotions. Although he designs his structures and often combines materials, he rarely denies glass’ natural optical and aesthetic properties – transparency and reflectivity. This is true for booth his solitary pieces and inventive interventions into architecture and nature, in which he uses the specific environment to become a natural part of the work. For Petr, a native of Přílepy near Kroměříž, glass is a building material and a tool at the same time – it is the means, not the end. He uses it efficiently, to impress, but not coldly and calculatedly. As a result, his works can not be just passed-by, one has to stop and become part of the glass-space. 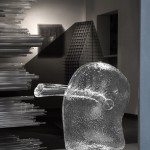 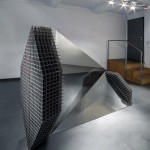 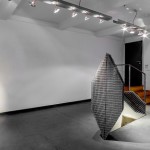 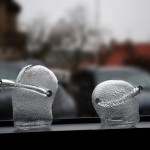